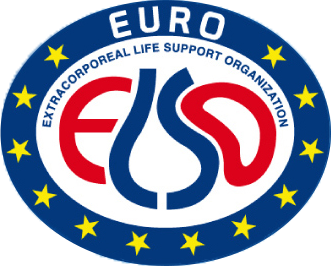 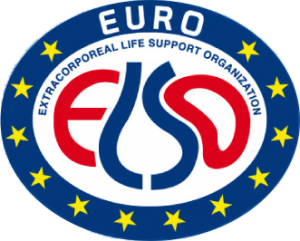 All the European members and other major ECMO centers in Europe were invited to attend this organizational meeting to discuss establishment of a European “chapter” of ELSO. About 60 representatives of those centers attended. The meeting was hosted by Alain Combs at La Pitie Hospital and directed by Giles Peek. Dr. Bartlett attended to provide the history of ELSO and Dr. Conrad, current chairman of the steering committee of ELSO, attended to represent ELSO. Dr. Bartlett described the history and background of ELSO including the list of activities, the advantages of having a worldwide organization, and the unique aspects of a scientific group with representation from all healthcare professional participants in the activities of the organization. ELSO is managed from a single office by one key person (the executive administrator, Peter Rycus). Dr. Conrad described the governance system of ELSO. ELSO also provides small research grants which can be used to facilitate registry projects. The Steering Committee is strongly supportive of an identifiable European regional ELSO group. He offered information and support from ELSO for a European group.

ELSO has been useful to ECMO centers and practitioners worldwide in several ways. The worldwide Registry is available for quick reference, documentation, publication, and quality assurance for member centers. ELSO provides guidelines and publications for some standardization, and a regular newsletter for notices and information for the worldwide community. ELSO has served as the communications center for ECMO related information. The advantages of a regional European ELSO group could be to provide central coordination of ECMO centers in Europe for scientific and practical communication, triage and referrals, addressing common problems of economics, devices and supplies, patient transportation, and sharing an annual meeting. One of the major advantages of a European ELSO group would be to conduct clinical research studies in coordination with European intensive care, cardiac, and pediatric organizations.

Much of the discussion at the meeting centered around the Registry. Entry of cases has been time consuming and somewhat difficult in the past. The Registry forms are now on line so that data entry is facilitated. Many major centers have their own established database for ECMO and related cases. Dr. Conrad stated that a high priority of ELSO is to link existing databases to the ELSO Registry so that duplication of data entry can be avoided. There was discussion of an annual meeting directed by Roberto Lorusso. Much discussion has already taken place regarding the timing, locations, and characteristics of a European meeting. The annual worldwide ELSO meeting is in early autumn. The plan for a European meeting would be to hold it in the spring.

Consensus of the meeting was that establishment of a European ELSO group is a good idea which would be to the advantage of European ECMO centers and to ECMO centers worldwide. Other details to be determined are related to governance, finance, center recognition, official policies and recommendations, communication and research coordination.

ELSO is proud to present the EURO-ELSO steering committee members!

Manage Cookie Consent
To provide the best experiences, we use technologies like cookies to store and/or access device information. Consenting to these technologies will allow us to process data such as browsing behavior or unique IDs on this site. Not consenting or withdrawing consent, may adversely affect certain features and functions.
Manage options Manage services Manage vendors Read more about these purposes
View preferences
{title} {title} {title}